How To Live In Freedom After the Fireworks Go Out 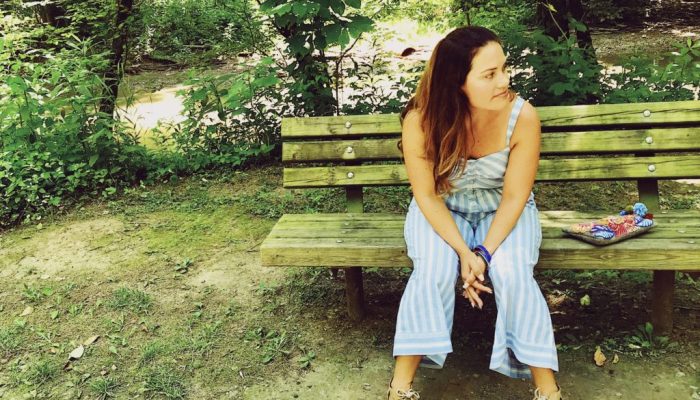 Yesterday I got lost, but not in the woods – in self-preservation. We are go for launch over here with my first book releasing September 1st. I’ve learned a painful reality of being an author in 2018. Writing a book is as similar to launching a book as flying in an airplane is to desperately gripping the wing in flight! If you are an Enneagram type 1, please let me know how I can pray for you – especially if you are trying to launch a creative work. I can see you right now hunched over in complete overwhelm because you are acutely aware of how inadequate your efforts are, and it’s crippling you! Imperfection is likely screaming the worst things at you and you are going deaf from the noise. How do I know? I was hunched over just yesterday, at the end of myself waiting for Jesus.

When we launch into a new thing – be it a free country, a new dynamic for your family, or a creative work, we experience the joy of celebration. We embrace the cheers with flags and trumpets. We marvel over the wonder of a new beginning and glory in the majesty of fireworks and fanfare.

But just as God’s voice wasn’t in the wind, or in the earthquake, but was in the gentle and quiet whisper that rolled in last, almost unnoticed – so too our freedom is not found in the fireworks of a new beginning. In fact, if fireworks are what we need to keep going in the daily rhythm of our meaningful lives, then we aren’t free at all. We are instead bondservants to the pomp and circumstance that celebrates us.

Freedom can ring for us, but it will come after the parade passes by, after the folding chairs are loaded back up, after the fireworks go out, and only if we are willing to embrace it. Like Moses helped us discern God’s voice speaking to us, another real life person’s experience recorded in Scripture helps us discern God’s freedom for us.

We’ve been learning more about wild John in our church lately, and I’ve done some additional digging on my own, but if anyone could have found his freedom and identity in the fireworks, it was this guy.

John the Baptist was the headline, the it-guy, the celebrity icon of his time. He was at the pinnacle of his career with all the parades, all the kazoos, all the fireworks going off – for him. It was a great time to be wild John.

Then Jesus came along and changed everything. It’s kind of His thing.

Jesus came to town and started a business that rivaled wild John’s, then surpassed it. Not only had the fireworks ended for our man John, but they started shooting off for another guy.

John’s disciples got into an argument…and said, ‘Rabbi, you know the one who was with you on the other side of the Jordan? (meaning Jesus) The one you authorized with your witness? Well, he’s now competing with us. He’s baptizing, too, and everyone’s going to him instead of us.'” John 3:25-26, The Message (emphasis added)

Have you ever been eclipsed by someone – doing what you once did, but doing it better? How did that feel? Maybe you could understand if wild John felt a bit bitter! But shockingly this isn’t the response we get from him. Instead we find something even more amazing than his fame…we find his freedom.

John answered, ‘It’s not possible for a person to succeed — I’m talking about eternal success — without heaven’s help. You yourselves were there when I made it public that I was not the Messiah but simply the one sent ahead of him to get things ready. The one who gets the bride is, by definition, the bridegroom. And the bridegroom’s friend, his ‘best man’ — that’s me — in place at his side where he can hear every word, is genuinely happy…

That’s why my cup is running over. This is the assigned moment for him to move into the center, while I slip off to the sidelines.'” John 3:27-30, The Message

I can’t even. John’s attitude is not even on the same continent as mine would be in this situation. I can see why Jesus brags on him so much.

Freedom begins when our fame ends. When we are no longer building our kingdom, we find this wide space where who we are doesn’t matter, what we bring is of little consequence and making a great impression is no longer necessary. Instead we are freed up to put our hands to building the brick and mortar of God’s family – one soul connection at a time. We can remain fully significant and immeasurably loved – true successes – as we “slip off to the sidelines”.

All of a sudden being who you are, is enough.

There once was a man, his name John, sent by God to point out the way to the Life-Light. He came to show everyone where to look, who to believe in. John was not himself the Light; he was there to show the way to the Light.” John 1:6-8 (The Message)

John was positioned squarely in the freedom of God as the point-man, not the Light-man. So too we find our freedom when we step down from the role of superhero in our lives and aim all our attention on the only One with all the super power we need.

Sweet hallelujah, whoever the Son sets free, is free indeed.

May it be said of me:

There once was a woman, her name Heather, sent by God to point out the way to the Life-Light. She came to show everyone where to look, who to believe in. Heather was not herself the Light; she was there to show the way to the Light.” Amen.

How To Live In Freedom After the Fireworks Go Out

Yesterday I got lost, but not in the woods – in self-preservation. We are go for launch over here with my first book releasing September 1st. I’ve learned a painful reality of being an author in 2018. Writing a book is as similar to launching a book as flying in an airplane is to desperately